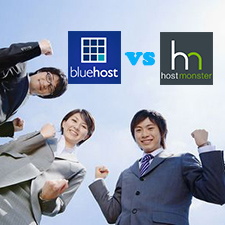 The comparison BlueHost VS HostMonster is for their shared web hosting mission, features, speed, reliability, technical support and price.

In fact, BlueHost and HostMonster are the sister brands, founded by Matt Heaton in 1996/1999, operated with the same staff, data centers, servers, support system and technology.

With about 15 years’ development, they have accumulated a lot of web hosting experience and knowledge.

The shared web hosting features & terms of BlueHost and HostMonster are nearly the same, except the version of specific features or technology. Take an example. By the end of May 2012, BlueHost was still using Ruby 1.8.7 and Rails 2.x, but HostMonster had upgraded to Ruby 1.9.2 and Rails 3.2.2.

As for the basic hosting features offered by these two web hosts, you can get almost the same things with either of them.

As HostMonster is more aggressive for new technology, its shared web hosting reliability is a little worse than BlueHost indeed. We have had 2 websites hosted with BlueHost and HostMonster since 2011. As the uptime statistics data collected by our website uptime monitor, BlueHost committed 99.9% uptime that the 0.1% is just for server restart or required system upgrades. Meanwhile, HostMonster committed 97.4% uptime that we usually encountered approximately 2 hours of downtime in a month.

To be frank, BlueHost is famous for its reliable hosting service. After collecting the feedbacks and reviews from their real customers, we have found that almost all of these webmasters are highly satisfied with this aspect, without any serious complaint. To ensure this, BlueHost has done the following efforts since its inception in this market.

The BlueHost and HostMonster technical support are absolutely outstanding. They’re sharing the support staff with each other. They both provide 24×7 100% US-based technical support located in Provo, Utah via toll-free telephone, live chat, email and ticket system. With holding times that average less than 30 seconds and 100% on-site staff, you’re assured that the experienced support staff helping you know how to help.

Below is more detailed price information.

If you’re looking for a reliable shared web hosting provider, BlueHost or HostMonster are both a brilliant choice, but this doesn’t mean this comparison is meaningless. You can easily understand in this way, BlueHost likes new technology, but HostMonster is more aggressive to upgrade their servers for new technology.

If you’re a non-technical people looking for a shared web host for the personal staff or small businesses, BlueHost may be better than HostMonster. BlueHost is conservative, but that may help the hosting websites in a better reliable manner than HostMonster. 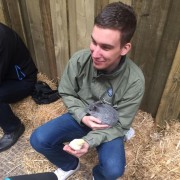 InMotion VS HostGator – Which is Better?

HostGator VS BlueHost – Which is the Better Web Hosting Choice?

HostGator VS HostMonster – What’s the Better Choice for Website Hosting?